Pearl of the Adriatic on a yacht,Croatia

Summer on a yacht in Croatia

The Adriatic Sea is part of the Mediterranean Sea, cutting into the European continent. Its territory, which belongs to Croatia, is decorated with attractive and diverse landscapes of coasts with 1185 islands, islets, ridges and rocks.

The water area of Croatia is ideal for beginners in yachting, and for experienced yachtsmen coming here to relax. It is in her best to learn the management of the ship, and for those wishing to obtain the international rights of the captain, a state examination is conducted.

Language: Used Croatian, which, like most of the languages of the Slavic group, is partially understandable. Also very common is English.

Cuisine: The Mediterranean. A large number of fish and seafood. 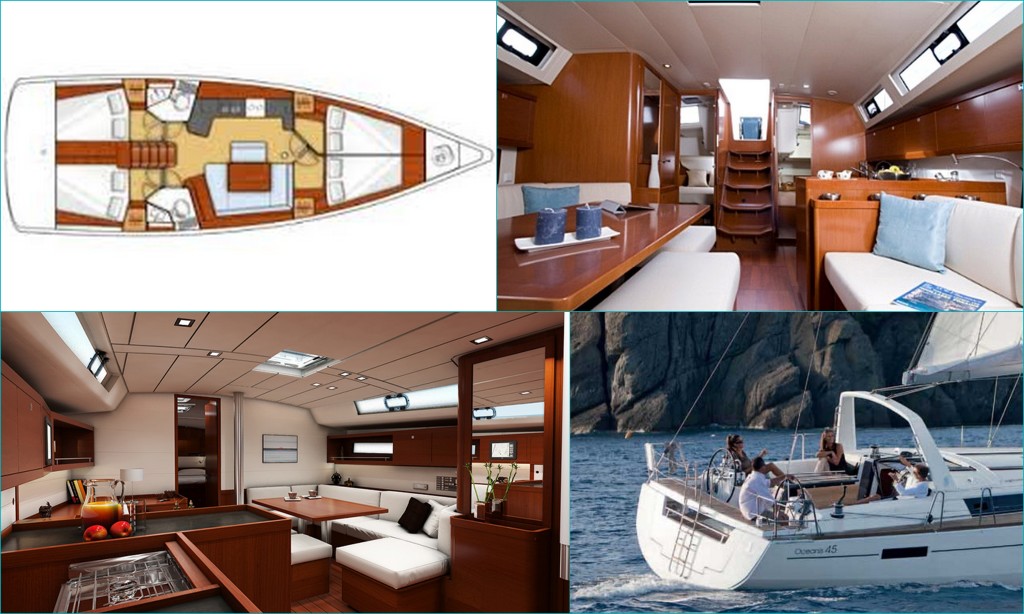 The price includes:The prices are indicated per week per person in euros and are calculated for 8 tourists on a yacht

The price does not include: 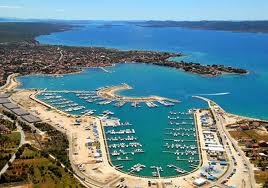 SUKOSAN - a small town in central Dalmatia - located in a bay 11 km south-east of Zadar. The largest port on the Croatian Adriatic - the port "Dalmatia" - is located nearby in a well-protected bay. From here you can take a trip to one of the nearby national parks: Kornati, Krka or Paklenica. Sukosan is an ideal place for those who are looking for a combination of nature with a sports and recreational program. The long coast is dotted with numerous bays, pebble beaches, and the water in the sea is crystal clear. Sukošan abounds with traditional narrow streets and walks, as well as vineyards, olive groves, rich vegetation and hospitable hosts of hotels and restaurants. 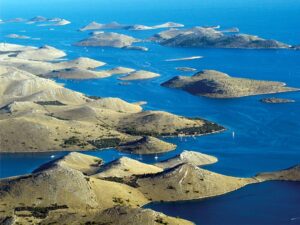 KORNATI - this archipelago, located in northern Dalmatia not far from Sibenik, is the most dentate (rugged) group of islands in Europe. The archipelago includes 140 uninhabited islands, islets and reefs on an area of only 70 km sq. Km. Next to the Kornati National Park is the National Park Telascica - another pearl of the Croatian nature, protected by law. In this national park there is a spacious and deep bay, bearing the same name, next to Dugi otok. The islands of Kornati are known for their bizarre shapes and unusual relief, in particular - high cliffs and cliffs. 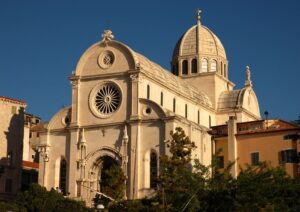 SHIBENIK– is a small but amazingly beautiful city, which is the custodian of the world-famous monuments of Mediterranean construction, there is a rich sport and cultural life, various festivals are held. The city is unique in its architecture. In beautiful cathedrals, direct streets and ancient temples feel the influence of Venice.

КRKA. National park«Krka» –one of the most interesting and beautiful national parks in Croatia. It is located on the territory of the Šibensko-Knin region along the riverbed in honor of which it received its name. It is distinguished by a rich animal and vegetable world. On its territory 860 species and subspecies of plants are registered. In the national park there are 222 species of birds, which gives him the right to consider himself one of the largest ornithological reserves in Europe. In the park you can admire the canyon of the Krka River, whirlpools and cascades, swim in the river, visit the Franciscan monastery on the island, take a boat trip. 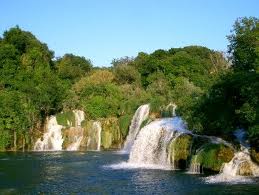 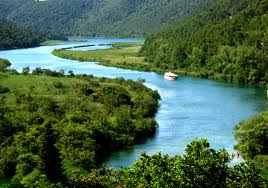 TROGIR–this is a city museum. Connoisseurs of cultural and historical monuments, art and original architecture will have the opportunity to see a variety of buildings: from ancient, relating to the architectural heritage of the Roman times and to modern times. 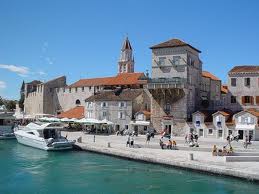 The old city, portals of houses and art galleries evoke delight among visitors and tourists. Surroundings of Trogir (Trogir - Seget - Ciovo Riviera) are characterized by the cultivation of a variety of vegetables, the presence of islands and an islet, rocky and pebbly beaches.

HVAR —The longest (68 km) island of the Croatian coastal zone is famous for its excellent climate. It is an island of grapes, olives, lavender and numerous springs. Here was found the oldest in Europe bas-relief with the image of the ship and is the oldest public theater in Europe, built in 1612. 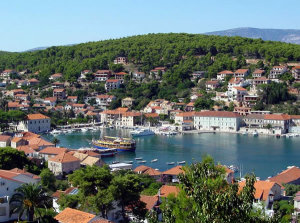 The mild climate, the diversity of the numerous bays, the luxuriant subtropical vegetation make Hvar one of the most beautiful places for recreation and entertainment. Because of this, Hvar was named "Croatian Madeira". At the entrance to the city harbor a unique view opens: a fertile hill, on top of which stands a castle with towers rising above a magnificent city with beautiful palaces that are the rich cultural heritage of Hvar.

ZADAR attracts tourists with ample opportunities for yachting tourism, a variety of hotels, boarding houses and restaurants, the enchanting atmosphere of beaches and embankments, the opportunity to go on excursions to the sights of the city and the whole region, and also by the fact that Zadar is an interesting event and a program for acquaintance with the most important cultural and historical events of Dalmatia. 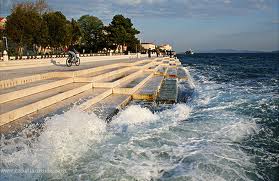 The historical part of Zadar fascinates those who are interested in architectural monuments and cultural heritage. Church of St. Donat is a symbol of the city - this is the place recommended for visiting any guide, as well as the museums of Zadar.

The program can change depending on the wishes of the team and the weather conditions!